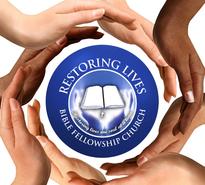 "Restoring Lives One Soul At A Time" 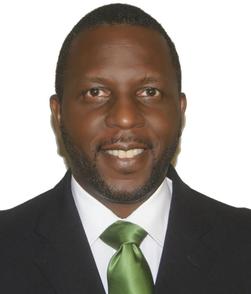 Pastor Armstrong was introduced to the Lord at the Lighthouse Church of God in Christ under the leadership of the late Superintendent Edward Calloway.  He accepted the Lord as his savior at the age of 10.  As a child there was evidence that the Lord had his hands on him.  He was nurtured in the word of God by his Mother and developed a unique sense of being able to understand the word of God not only in the literal sense but also in the application of God’s word in daily living.  At a young age he shared with his mother a vision of him standing before people speaking.  God had spoken to his mother advising her of the children she was given to nurture and the call that was on their lives.

Pastor Armstrong acknowledged his call to ministry by notifying his then Pastor Bishop Darryl J. Shelton on October 3, 1999, that he heard the voice of God and accepted his call to ministry.  As evidence of his call he preached his first (trial) sermon on January 23, 2000.  Pastor Armstrong served under other men of God while God was developing him in ministry.  He served and ministered as God was preparing him for his next level of service.

In 2012, God began to deal with Pastor Armstrong in dreams about leading his people but like Moses he had excuses as to why he was not the one to Pastor.  Like Jonah he tried to run from the instructions God had given him.  It was God’s grace and patience that kept him as he struggled with the Pastoral call.  Finally in October of 2013, Pastor Armstrong and First Lady Cassandra began to seek God in the move from just ministering to being Pastor. They sought God for the name of the ministry and instructions for planting the church.  Upon receiving the name, it was registered with the State of Texas and the IRS.  On December 4, 2013 Restoring Lives Bible Fellowship Church was formed.  Having notified his then Pastor of God’s direction, they continued to serve at their former church until May 24, 2014.  The inaugural service for Restoring Live Bible Fellowship Church was held June 2, 2014.  Pastor Armstrong serves with great joy in his current role as the proud Pastor and overseer of Restoring Lives Bible Fellowship Church.